What is Trojan Horse Virus? 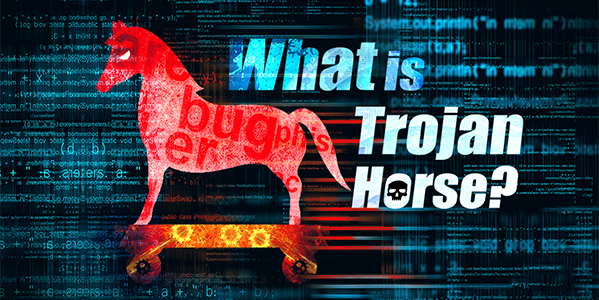 What is Trojan Horse Virus?

Trojan horse virus, also called trojan, may be defined as malware that appears to be legitimate or appropriate software and used by attackers to compromise the system’s security. There are several things that a trojan can do, and one of its important features is, it remains in the user’s system secretly and does not let them find it.

How does Trojan Horse Virus Work?

Depending upon the purpose, the trojan virus is divided into several types.

Below are a few of the common types of trojan horse virus:

Hackers use the trojan horse virus to compromise the security of the system. It could be prevented by installing anti-malware applications in the system. There are lots of free and paid anti-malware software available in the market that protects the system from being impacted by the trojan or any other malware. It is essential to keep the system up to date so that the hacker cannot break the system to install the trojan through the existing vulnerabilities. Also, the anti-malware software’s paid version comes with a bundle of benefits that the free version lacks. So it is always preferred to go with the paid version as it ensures the security of the system or the organizations.