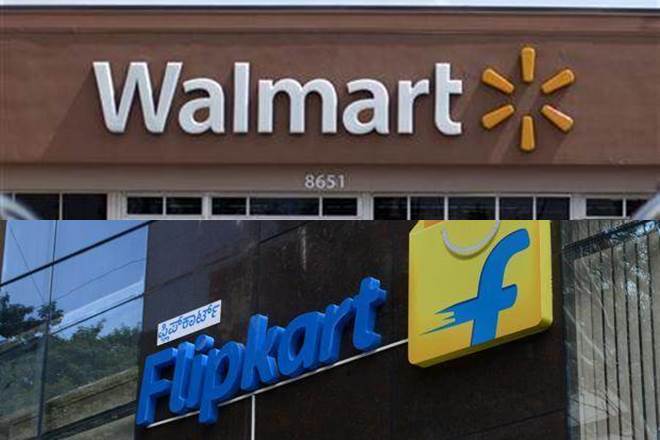 In a mark of opposition to the $16-billion Walmart-Flipkart deal, nearly 10 lakh traders on Monday are holding protest at about 1,000 places across the country.

In a mark of opposition to the $16-billion Walmart-Flipkart deal, nearly 10 lakh traders on Monday are holding protest at about 1,000 places across the country. The Confederation of All India Traders (CAIT), the largest traders’ body in the country said the US retail giant’s buyout of Bengaluru-based Flipkart will create a monopoly in the retail market and drive small store-owners out of business. Walmart acquired 77 percent stake in home-grown retailer Flipkart earlier this year.

Praveen Khandelwal, the secretary general of CAIT, told Reuters he expected a million people in all to join Monday’s sit-in protests across hundreds of Indian cities. “This is the first phase of our protest. And if the government doesn’t listen, we will decide our future course of action at our national convention in Delhi later this month,” Khandelwal added.

2.Setting up of a regulatory authority for e-commerce sector

CAIT had repeatedly claimed that at a time when there is no policy for e-commerce, this deal would be a cake walk for Walmart to circumvent the FDI policy Press Note No 3 of 2016. The traders body has already filed our objections in Competition Commission of India and if need arises it shall challenge the deal in the court of law.

“We expect government to intervene and take suitable action in accordance with various announcements of Prime Minister Narendra Modi to uplift small businesses in the country. This deal will directly affect small traders of the country who will not be able to compete with Walmart,” he said.