Tea cafe chain Chai Point wants to be the ‘Oyo of Chai, eyes IPO in 18-24 months 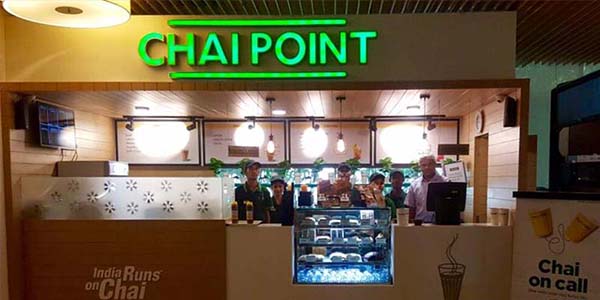 Tea cafe chain Chai Point wants to be the ‘Oyo of Chai, eyes IPO in 18-24 months

Bengaluru-based tea cafe chain Chai Point plans to launch its initial public offering (IPO) in the next 18-24 months and is banking on its brewing systems through which it is unlocking new partnerships, as the segment sees soaring competition with an increasing number of players.

“Over the last one-and-a-half years, we have invested a lot in technology, building the brewing machines as we are driving for profitability. The goal is to list the company in about 18-24 months,” Amuleek Singh Bijral, Co-founder and CEO of Chai Point, told Moneycontrol.

In the last few years, the chain has started focusing on manufacturing its own brewing machines, and has so far installed 5,000 machines across 19 cities in the country through its business-to-business-to- consumer (B2B2C) channel. The company, which was launched in 2010, operates 180 retail outlets in nine cities.

Apart from its retail outlets, Chai Point now has different sets of clientele grouped under corporates, third-party retail outlets and separately also sells packaged goods via marketplaces as well as its own outlets.

To third-party retail outlets, it offers them branding of ‘My Chai Corner’, leases the machine and its processes, and the consumables, which are procured by the third-party outlet through Chai Point’s platform. Bijral says this will help in wide expansion of their footprint while controlling quality, and all third-party outlets under this My Chai Corner will be collated on one app.

“You can imagine us as becoming the OYO of chai,” Bijral explained.

These brewing systems are what he believes will help them scale. “While the brand vector will be our Chai Point stores, brewing machines will be our scale vector. The goal is to achieve arms reach convenience (ARC).”

When asked how this brewing system is different from coffee machines seen in many offices, the CEO says that these come with an Android software where all aspects of how a consumer prefers her/her tea can be customised once through the app and then saved for the future to ensure consistency.

These machines are also being deployed in corporates like Intel, Microsoft, VMware and Amazon. Currently, corporates contribute around 40 percent to the business, while retail stands at 57 percent.

Bijral added that consumption is back to pre-Covid levels in cities like Mumbai, Chennai and Delhi. In Bengaluru, tech parks and a few other pockets are not yet back to the same level.

Bengaluru, however, continues to be Chai Point’s biggest market, followed by NCR.