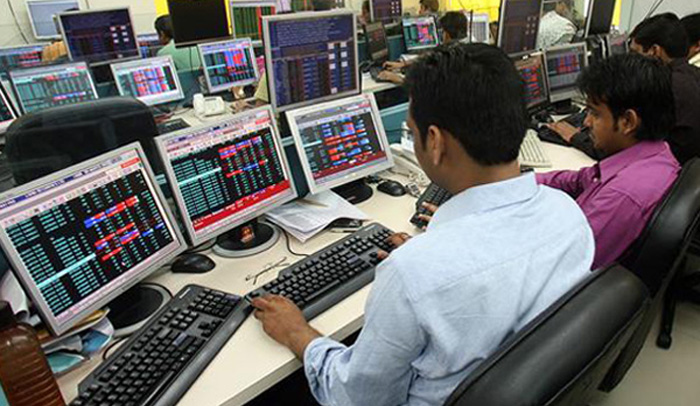 Here is a list of stocks that are likely to be in focus in today’s trading session:

Reliance Industries: The company has sought shareholder approval to raise up to Rs 20,000 crore through a non-convertible debenture (NCD) issue in 2018-19, reports Rachita Prasad, referring to its annual report for FY18. RIL said its oil and gas business continued to face headwinds due to declining volumes and shut D6 wells.

SAIL: The Odisha government on Thursday said it is inviting SAIL-ArcelorMittal JV to set up an automotive grade steel plant in the state as ample land was available there. Steel Authority of India Limited (SAIL) recently responding to the state’s request wrote a letter to Odisha principal industry secretary Sanjeev Chopra, saying they would keep the eastern state in mind while zeroing in on the location for the proposed steel plant.

HDFC: The mortgage lender is in talks to raise $750 million, or about Rs 5,035 crore, through external commercial borrowings to finance onward lending to housing borrowers, people directly briefed on the matter told ET. The country’s largest housing finance provider is in discussions with a clutch of banks including ANZ, DBS, Bank of Tokyo-Mitsubushi UFJ and Sumitomo Mitsui Banking Corporation to underwrite the foreign currency loan, the sources said.
ITC: The FMCG major has acquired floor cleaning brand Nimyle from Kolkata-based Arpita Agro Products for an undisclosed amount, marking the cigarette-biscuits-hotel major’s entry into the home care segment
Future Retail : Sunil Bharti Mittal’s Bharti Group sold more than half of its stake in Kishore Biyani’s Future Retail for nearly of Rs 1,697 crore, through open market transactions. Bharti Group entity Cedar Support Services disposed of 3.03 crore shares, amounting to 6.04 per cent stake in Future Retail, according to the bulk deal data available with the NSE.
Tata Motors: Tata Motors-owned Jaguar Land Rover (JLR) today reported 6.1 per cent increase in global sales at 48,281 units in May, driven by introduction of new models including the Range Rover Velar across markets.
Mahindra & Mahindra: The world’s largest tractor maker by volume that exited a Chinese joint venture last year, is planning to return to the $25-billion agriculture equipment market in that country. This time, the company will be venturing on its own to the market, and focusing on the much larger farm machinery space and not just on tractors.
Larsen & Toubro: CLSA has maintained ‘buy’ rating on L&T with a target price of Rs 1,730. L&T’s management has highlighted that it ticked all the right boxes in FY18 with improved new orders and execution, 50 bps of margin expansion, reined-in working capital, loss reduction at subsidiaries and divestitures, all of which led to a 110bp rise in ROE in FY18.
Castrol India: HSBC has maintained ‘hold’ rating on Castrol India and reduced target price to Rs 180 from Rs 220. The firm said that brand strength and focus on premium products produce sustainable singledigit growth in Castrol India. However, high crude oil prices present a risk to Castrol India’s margins and market share erosion is possible due to squeeze from oil prices. HSBC has reduced target price on Castrol as it has cut target valuation multiple to 25 tim ..
HDFC Bank: The lender has raised lending rates by 10 basis points across all maturity. The largest private bank in terms of market cap, will now charge 8.40 per cent for one-year loans, higher than the 8.15 per cent charged by SBI, country’s largest bank
Source : https://economictimes.indiatimes.com
Share on FacebookShare on TwitterShare on LinkedinShare on PinterestShare on Reddit