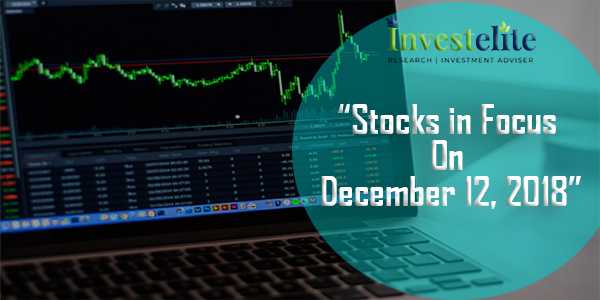 IOC: The Government of India reduced its stake in the company by 2.69 percent to 54.06 percent.

Cadila Healthcare: Competition Commission of India approved the acquisition of businesses of Heinz by Zydus/Cadila.

Reliance Jio Infocomm, a subsidiary of Reliance Industries, the approved scheme of arrangement to transfer of its fibre undertaking, on an ongoing

concern basis, to a separate company

Also approved the scheme of arrangement for transfer of its tower undertaking, on an ongoing concern basis, to a separate company.

PNC Infratech: Company submitted duly executed financing documents to NHAI with regard to the financial closure for all the 7 Hybrid Annuity Model (HAM) projects secured by it so far.

DIC India: Shailendra Hari Singh resigned as MD & CEO of the company and Manish Bhatia is appointed as CEO.

Phoenix Mills: Rajendra Kalkar is appointed as a Whole-time Director of the company.

Phoenix Mills entered into a SPA with Insight Mall Developers and Island Mall Developers for sale/disposal of the entire equity holding in Insight by the Company, in favour of Island.

Kaveri Seed board meet on December 20 to consider merger of two wholly owned subsidiaries of the company.

Edelweiss Financial Services: Allium Finance Private Limited, which was hitherto an associate company has now become a subsidiary of the company.

Music Broadcast: Company announced the closure of the buyback of shares.

Mefcom Capital Markets: Anup Kumar Verma has resigned from the post of Chief Financial Officer of the company.

SRG Housing Finance: At the company’s request, CARE has withdrawn the credit ratings of BBB-; Stable assigned to the bank facilities of the company.

Unichem Laboratories: Company received tentative ANDA approval from USFDA for Tadalafil tablets which is indicated for the treatment of erectile dysfunction.

Zicom Electronic Security Systems: Mukul Desai, Independent Director of the company resigned from the directorship of the company.

Kaveri Seed Company: Board meeting is scheduled on December 20 to consider the consent for the merger of Kaveri Microteck Private Limited with Kexveg India Private Limited, both the companies are wholly owned subsidiary companies.

VBC Ferro Alloys: Board meeting is scheduled on December 14 to consider the resignation of director and to appoint additional directors.

Olympic Oil Industries: Board meeting is scheduled on December 17 to consider the un-audited financial results of the company for the quarter and half year ended September 2018.

Vodafone India: Company’s officials will be meeting institutional investors on December 12 in London and December 13 in Edinburgh.