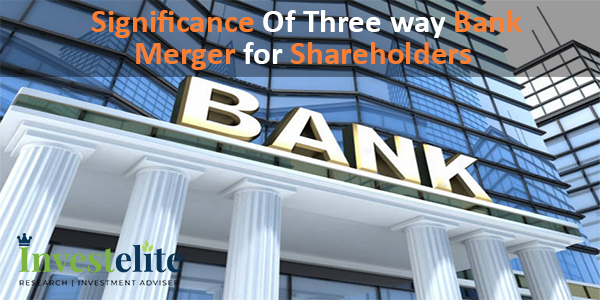 The decision of merger of 3 states runs Bank of Baroda, Dena Bank and Vijaya Bank is expected to reduce the capital it needs to pump into these lenders and help clean up their balance sheets.

The government has announced the merger of three banks to create India’s largest lender. The ministerial panel decided to merge so as to absorb the rationale of two strong banks absorbed by the weak bank to create a mega bank and to expand the operations. While Bank of Baroda and Vijaya Bank have reported better earnings, Dena Bank is under RBI’s prompt corrective action framework and has been restrained from further lending.

How will the bank merger happen?

Individual boards of each of the three banks will have to approve of the merger. The merger has to go through parliamentary approval, which will be a critical factor, considering that general elections are slated for next year. The process of Bank merger happens gradually first with the consolidation of business, followed by the integration of information technology structures.

What will be the influence of the bank merger on shareholders?

The merger is positive for shareholders of Dena Bank, it is negative for Bank of Baroda and Vijaya Bank. The merger will be seen as a bailout of the weak lender, which has accumulated a net loss of more than Rs. 10,500 crores over the last two fiscals. Analysts believe that the deal valuation is not going to be cheap. According to IDFC Bank Securities, while Dena is a weak bank, it still trades at 1.1 x price to book value ex-revaluation versus 0.9x for BoB and 0.8x for Vijaya, based on 1QFY19 numbers.

What will be the challenges?

The major challenges are Financials, process integration, branch rationalization, management bandwidth, and human resources. BoB’s asset quality recognition policies are stricter than those of other banks, a jump in the nonperforming post the merger. It might put Bank of Baroda performing at risk. Analysts report that the focus will shift from growth and clean-up of these banks to employees figuring out what to do for themselves. It has just started reaping the benefits.