How Tension Between Russia and Ukraine is Affecting The Indian Stock Market? 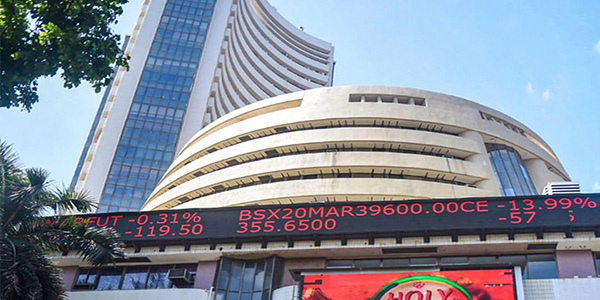 How Tension Between Russia and Ukraine is Affecting The Indian Stock Market?

The tension between Russia and Ukraine goes way back in history. As both the independent countries were part of the USSR. But since February 2014 after Russia annexed the Crimean peninsula from Ukraine the tensions once again started to brew and now have escalated to their peak.

Russia deployed troops on the Ukrainian border and posed an invasive strategy similar to the one they used in 2014. But how are these events taking place thousands of miles away affecting the Indian stock market?

Russia and Ukraine Conflict: Impact On The Market
Tensions between Russia and Ukraine are having a deep impact on stock markets around the world. The media has been speculating that Russia is likely to invade Ukraine. Russia on the other hand has denied the claims but due to the uncertainty, the global indices have taken a huge blow.

Markets are influenced by positive events but are even more swayed by negative events or even the possibility of negative outlooks.

Indian benchmark dipped 3% on Monday which led to investors to exit from the risky asset into a more secure one. The current situation of Russia and Ukraine has also impacted matured markets like the US where the S&P 500 fell over 7% on Monday.

Russia is one of the largest producers of oil and gas. Therefore, commodity prices around the world have been impacted too.

Short-Run Impact On The Stock Market
Traders are the first ones to get impacted by these economic and geopolitical uncertainties. This happens particularly when the market tumbles over 1,747 points as it did on Monday and when most of the gains made in the short term are wiped off in a single day.

Long-term investors have gone through many major corrections and remain unaffected by these temporary markets’ gyrations.

Impact On Global Stock Markets
US Fed implemented the quantitative restrictions to curb inflation but the current scenario of the possibility of rising in the commodity price will have a cascading effect. With two of the biggest economies are in the conundrum impact is visible on the Indian stock market with escalating geopolitical tension may force foreign investors to repatriate funds, which will be negative for stocks and the rupee.

Crude oil price rises to $96 a barrel leading to an inflationary scenario with affects the profitability of the corporates. This was further worsened by the US sanctions against Russia taking a toll on oil prices.

Possible De-escalation on the way?
According to the latest sources on Wednesday, the Russian defense ministry announced an end to the Crimean military drills. The ministry also shared videos of the Russian military equipment and forces leaving Crimea. However NATO Secretary-General Jens Stoltenberg commented on the recent development” At the moment, we have not seen any withdrawal of Russian forces,”.

Western leaders still remain concerned over a possible Russian attack on Ukraine. This provided much-awaited relief to the markets. The Indian stock market had earlier turned green over the news of possible de-escalation with the Sensex going up by 1,736 points and nifty 512 points.

Do you think Russia and Ukraine conflict will affect the Indian Share Market more in the upcoming days? Drop your thoughts in the comment section below!