How Sanctions On Iranian Crude Can Impact India 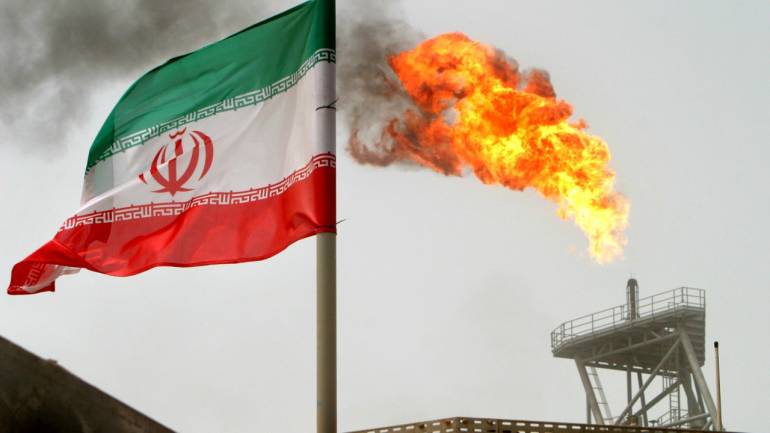 How Sanctions On Iranian Crude Can Impact India

Senior US State Department official says that unlike on previous occasions, there will be no concession for allies who engage in trade with Iran.

Donald Trump’s termination of the Iran nuclear deal might be the first step in shedding the veil of legitimacy the deal afforded Iran’s theocratic government. Economic sanctions on the Islamic Republic could not only cripple the domestic economy, but would hand an advantage to the US ‘ regional ally Saudi Arabia, which is the third largest producer of crude oil.

A senior US State Department official said that unlike on previous occasions, there will be no concession for allies who engage in trade with Iran. The officials insist that all buyers of Iranian crude, including India,  should cut all currency outflows to the country in the form of oil imports by November 4, 2018.

Officials of an inter agency team of State and Treasury Departments are expected to visit American allies in the following weeks to discuss compliance of the sanctions. Although the American administration has urged countries to completely stop oil imports from Iran, the consequences of defying the sanctions are far reaching.

Those countries that do not comply will risk “secondary sanctions”, which entail an embargo on access to the American financial system. According to data collated by the Department of Commerce and Industry, Iran is the third largest exporter of crude oil to India, behind Iraq and Saudi Arabia. India has been growing increasingly reliant on Iran for crude oil, with imports increasing 34.45 percent from $818.1 million to $1.1 billion in the previous fiscal. Both Iraq and Saudi Arabia earned $1.4 billion in trade in crude with India. However, at 3.1 million tonnes shipped, the quantity of oil imported from Iraq is greater than the 2.8 million tonnes imported from Saudi Arabia. Iraq overtook Saudi Arabia as India’s largest supplier of crude by volume in December 2017 on account of discounted sales. The price per tonne for crude from Iraq and Saudi Arabia were $453 and $494 respectively.

If India were to adhere to the latest sanctions on Iran – to be implemented in two tranches – the rise in domestic demand will have to be met by substituting Iran’s share with other suppliers. India is the second largest buyer of Iranian crude after China. When sanctions were imposed on Iran in the past, India had devised a system to buy oil by partially bartering goods and remitting payment in rupees. Government sources told Business Standard that India is looking to revive its quasi-barter mechanism of trade with Iran to sidestep American sanctions.

Indian refiners currently transact with Iranian suppliers through the State Bank of India and the Germany-based Europaeisch-Iranische Handelsbank AG (EIH) to buy Iranian oil in euros. Rigid sanctions that do not offer waivers of any kind will open a window of opportunity for other oil producing nations to increase their market share in countries that are allies of the US. Iran currently accounts for 16.91 percent of India’s total crude oil imports by volume.

The first tranche of sanctions will be effective from August 6, while those pertaining to the oil industry will be applicable from November 4.