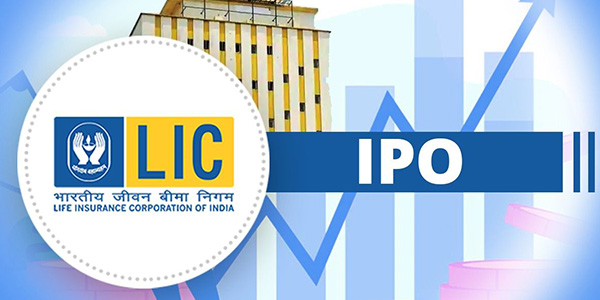 Finance Minister Nirmala Sitharaman on Tuesday said that the government would go ahead with the initial public offering (IPO) of Life Insurance Corporation of India (LIC), despite volatility in the market amid geopolitical concerns.

Refusing to comment on if there can be any delay in the IPO, Sitharaman said, “There is a buzz in the market and there is interest for LIC IPO. We are going ahead with it.” However, she added, “…we are equally worried if the market situation is conducive.”

The FM added that the volatility in the markets was due to global factors and the government was closely watching the developments in Russia-Ukraine. Amid the crude prices close to $100 a barrel, the minister said that the surge in crude prices was a challenge.

Bonds, which had been rallying since the RBI’s monetary policy, rose again on Tuesday as the central bank announced its weekly bond auction. The RBI had cancelled its bond auctions as the government’s finances were in fine fettle. Addressing the issue of cancellation of weekly bond auctions in the last two weeks, economic affairs secretary Ajay Seth said that the government has not carried out borrowing through bonds as the cash position is currently comfortable and hence, there was no necessity to borrow. “It is a dynamic situation and there will be no surprises to the market in terms of auctions,” Seth said.

So far this month, the central government has raised Rs 10,525 crore against the schedule raising of Rs 95,000 crore in the ongoing month, data from the RBI showed.

On the NSE case, the FM said that the government was looking into corporate governance lapses that happened at the NSE and the ministry would further call for a press conference very soon after going through all the details. “I am going through

the details I have before me and it is unfair to comment anything at this stage,” Sitharaman told reporters.