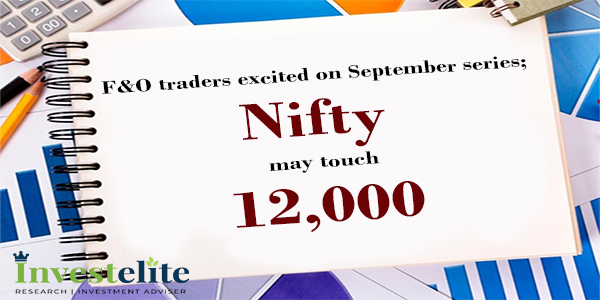 Traders rolled over for long positions to September as they expected a positive momentum in the market to continue and take the Nifty closer to 12,000 levels.

Derivative analysts said in recent weeks profit booking cannot be ruled out given the weakness in the rupee and sharp gains, but the downside in the Nifty is likely to be restricted to 11,400-11,500 levels. 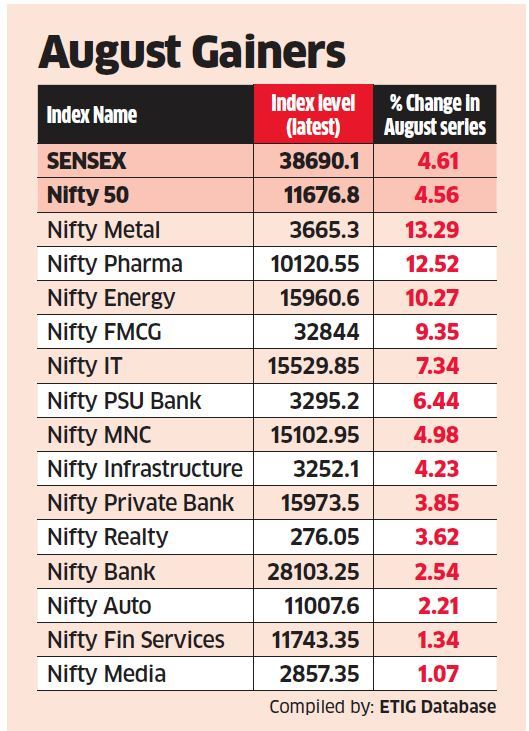 “The positive bias in the market is likely to be maintained going into the September series, and Nifty can head to 12,000,” said Yogesh Radke, head of alternative and quantitative research at Edelweiss Securities. “DII flows continuing will be important for the market. We may also see a change in leadership in terms of stocks that have contributed to the market gains. Select private banks like ICICI Bank NSE -1.26 %, Axis Bank NSE -0.35 % and HDFC Bank NSE 0.11 % and FMCG player like ITC may take the market higher now,” said Radke.

Amit Gupta, head of derivatives at ICICIdirect said,“Open interest (Nifty) is close to January levels. The 11,400-11,500 zone will act as a support”.

In the August series, the Nifty metal index gained the most gaining 13.3 % followed by Nifty Pharma and Nifty Energy index, which gained 12.5% and 10.3 % respectively during the series.

Navneet Daga, head of derivatives at IIFL Wealth said,” The roll cost expanded and there were no major short rollers, which is a good sign as it shows that the market is expected to consolidate or go up, but it is not expected to see a major correction”.