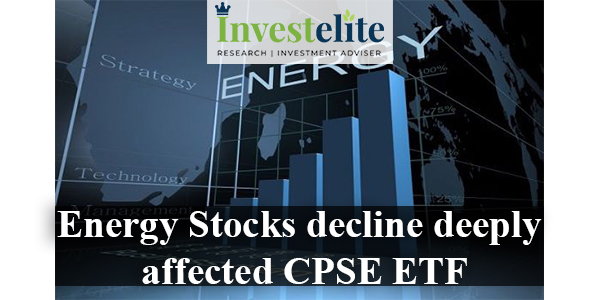 Investors in the government-backed CPSE Exchange Traded Fund(ETF) are in intense red condition, after an 11% fall in the last three trading sessions, following the government’s decision to make the companies absorb the hike in fuel prices.

The ETF has a skewed weighted towards energy and oil marketing companies and is down 17% in past one year. Oil and Natural Gas Corporation, Coal India, Indian Oil and GAIL(India) together constitute more than 75% of the CPSE ETF. In the previous year, CPSE ETF has shed 20% compared to 8.25% gains made by the Sensex.

The government recent move asking OMC’s to bear Rs 1 per liter on petrol and diesel may reforms which were instrumental in re-rating of OMC in the past previous year.

Shares of oil marketing companies also tumbled 10-20% after the declaration of the government in a cut of RS. 2.50 a liter in petrol and diesel prices.

Global crude oil prices are up more than 50% in the year date. Brent has been hovering above $85 a barrel, the most since November 2014. It is on the fears that the impending sanctions on Iran’s petroleum industry would lead to constricted supplies.

Bharat  22ETF, another public sector ETF launched in November in the previous year as part of the Centre’s 2017-18 disinvestment programme,  is down 12% since inception.

More than 50% of the fund is made up of ITC, L&T, SBI and Axis Bank. The government which has raised Rs. 229 billion, through two tranches of the ETF, reportedly plans to list Bharat-22 ETF on an overseas stock exchange to raise foreign capital.

ETFs are traded on the stock exchanges with stocks, bonds or commodities as the underlying product. An ETF’s portfolio exactly mimics the securities in its underlying index, in the same weight.