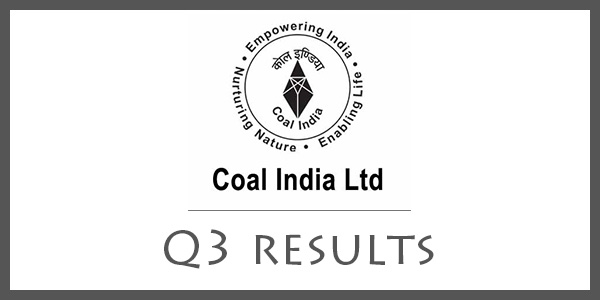 Coal India has reported a 47.7 percent year-on-year rise in consolidated net profit to Rs 4,558.4 crore for the quarter ended December, which was sharply above analysts’ expectations of Rs 4,046 crore.

The company’s consolidated revenue from operations rose 20 percent on-year to Rs 28,433.5 crore for the reported quarter, which was also above Street’s estimate of Rs 27,552 crore.

The company’s board also approved a second interim dividend of Rs 5 per share on a face value of Rs 10 per share.

The strong topline growth was likely aided by the improvement in average realisations for the company given the spurt in international coal prices in the reported quarter.

Coal India had reported a 13 percent on-year rise in coal offtakes in the quarter ended December of 174 million tonne.

Overall, realisations for Coal India were at Rs 1,497 per tonne in the reported quarter as against Rs 1,408 in the year-ago quarter, reflecting an improvement of 6.3 percent.

Shares of the company closed 2.9 percent lower at Rs 161.7 on the National Stock Exchange.