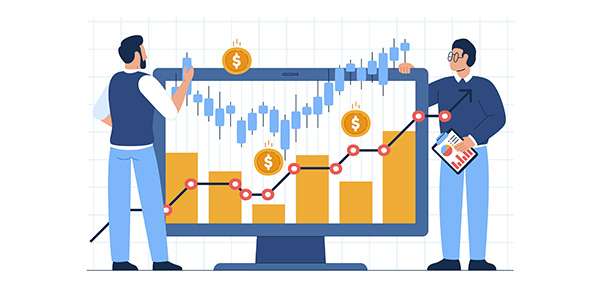 Have you ever heard of anyone complaining about having too much cash? The answer is obvious. Everyone loves to have some extra cash.

From a companies perspective, having too much cash lying around without utilizing it can also be a bad sign.

Therefore, they tend to invest in it in order to generate some extra returns. However, there are some companies that are Cash-rich in India.

What Is Cash And Bank Balance Of A Company?

The first thing that appears under the Current Asset of the balance sheet is cash and cash equivalents. Cash as the name suggests represents the cash of the company.

Cash equivalents represent highly liquid investments that the company can convert to cash within a few days such as Treasury Bills, Commercial Papers, or any Marketable Security.

These liquid assets are used by the company to pay for its liabilities and expenses.

To meet its day-to-day operational expenses the company diverts a small amount to an account known as petty cash, which also makes part of the Cash and cash equivalent.

Here is a list of top cash-rich companies in India:

Despite making a loss, Tata motors have the highest cash and & Bank Balance of Rs 46,792.46 Crores in FY21. The consolidated free cash flow of the company stood at Rs 5317 Croes in FY21.

With a continued focus on operational efficiencies and delivered cash and cost savings of Rs 9,300 crore against targets of Rs 6,000 crore.

The promoters have reduced their pledge to a total of 1.82%.

Infosys has the second-highest cash balance which amounts to Rs 24,714 Cr in FY21. Apart from that, the company was able to generate approximately US$3 billion of free cash flow in FY21.

Their digital business grew by 29% and now accounts for 52% of the overall Company revenues. The company has zero debt and zero promoters pledge.

GIC was formed to control and operate the business of general insurance in India. It is the largest company with s 64% share in the Indian reinsurance market.

GIC has a Cash Balance of Rs 18,588.81 Crores in its financial statement making it the third company on the list of Cash-rich stocks.

It saw a significant 22% rise in its short-term deposit that increased the bank balance. GIC has been able to generate net cash flows in the last two years which is a good sign.

Reliance is one of the most profitable companies in India and is also the largest publicly traded company by market capitalization.

Its diverse businesses include energy, petrochemicals, natural gas, retail, telecommunications, mass media, and textiles. It is a Fortune 500 company.

RIL has a cash balance of Rs 17,397 Crore in its financial statements for FY21. The capital raised Rs 2,60,074 crore largest-ever in India by a Corporate in a year.

RIL has seen exponential growth as it is diversified in multiple segments through which it has been able to increase its revenue and profit margins over the years.

The promotes pledge remains at zero.

Coal India Limited (CIL) is an Indian government-owned coal mining and refining corporation. It ranks as the largest coal-producing company in the world. It contributes around 82% to the total coal production in India.

Their customer include large thermal power generation companies, steel and cement producers, and other industrial companies in the public and private sector

The company’s cash and bank balance stood at Rs 17,310.30 Crore for the year. Coal India has been able to generate positive cash flow from its operating activities.

The profit margins have risen over the years. The company has low debt and zero promoters pledge.