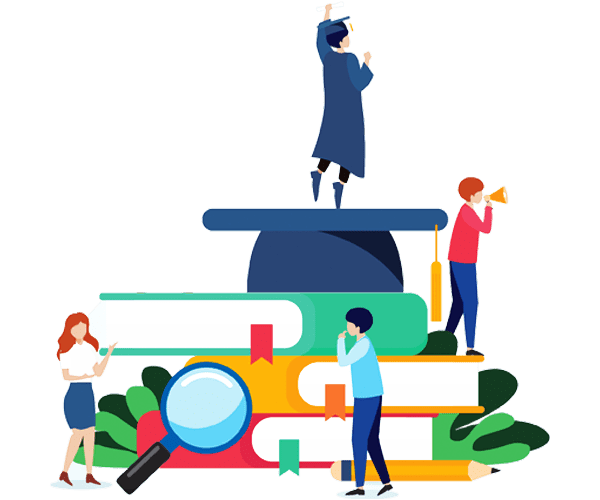 Investelite Academics is a place where you can learn the basics of stock market. 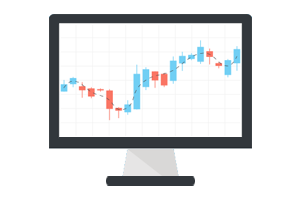 A stock market or share market is a cluster of buyers and sellers of stocks (also called shares). These may include securities listed on a public stock exchange, as well as stock that is only traded privately.

What is Stock Market/Share Market?

Stock markets area unit primarily meeting places for corporations and investors from everywhere the planet. Companies want the markets to boost capital, whereas investors use them to realize monetary goals, like building a nest egg for retirement. Using online brokers and financial websites, you can research and trade stocks at reasonable cost from the comfort of your home. You can also hold stocks indirectly through professionally managed mutual funds. The stock market is an exchange that allows people to buy and sell stocks and companies to issue stocks. A stock represents the company’s equity, and shares are pieces of the company. When people talk about buying and selling the stock, they mean that they’ve bought or sold one or more shares of a particular stock. The purpose of the trader is to make money.

The most basic thought of the securities market is that the concept every share of stock represents atiny low portion of possession of an organization. While most businesses are founded by small groups of people, when a company "goes public" its owners decide to sell shares of stock and, in turn, receive cash from buyers. A company may have thousands of investors, but each one has the right to profit from the company's success and each runs the risk of losing money if the company performs poorly. Stockholders receive updates from the company and can vote for board members to influence the business's activities. 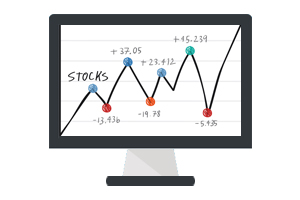 The market system where the promoter of the company sells shares for the first time to the public.

What is Primary Market?

The market system where the promoter of the company sells shares for the first time to the public. 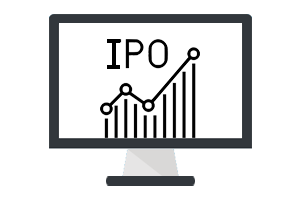 Initial Public offer is the process of selling the shares of the company from the primary or the initial owner to the public.

What is Initial Public Offering?

Initial public offer is the process by which a private company can go public by sale of its stocks to the general public. It might be a brand new, young company or an old company which decides to be listed on an exchange and hence goes public.

A company giving its shares to the general public isn't duty-bound to repay the capital to public investors. The company that offers its shares, known as an 'issuer', does so with the help of investment banks. After IPO, the company's shares are listed in the associate open market. Those shares are often additional sold-out by investors through secondary market commercialism. When a corporation starts the commerce method, a selected set of events happens.

The chosen underwriters facilitate these steps.
1. An external initial public offering team is formed, comprising underwriters, lawyers, certified public accountants, and the Securities and Exchange Commission (SEC) experts.
2. Information regarding the company is compiled, including financial performance and expected future operations. This becomes part of the company prospectus, which is circulated for review after it has been prepared.
3. The financial statements are audited, and opinion is generated.
4. The company files its prospectus and required forms with the SEC and sets a date for the offering.

The market system where the trading of Equity share of a company takes place the Second time.

What is Secondary Market?

The market system where the trading of Equity share of a company takes place the Second time, earlier in primary markets the seller was the Promoter of the company nowhere the seller, as well as the buyer, are investors as now the owner of the share is in public’s domain. 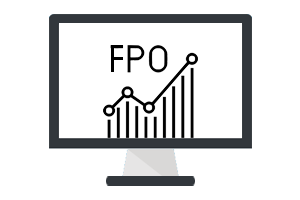 Follow on public offer. Publicly listed company can offer additional shares. For the company which is already listed through IPO on the exchange.

FPO is a process by which a company, which is already listed on an exchange, issues new shares to the investors or the existing shareholders, usually the promoters. FPO is used by companies to diversify their equity base. A company uses FPO after it has gone through the process of an IPO and decides to make more of its shares available to the public or to raise capital to expand or pay off debt.

Two Types of Follow-On Public Offers
1. The first is dilutive to investors, as the company’s Board of Directors agrees to increase the share float level or the number of shares available. This kind of follow-on public offering seeks to raise money to reduce debt or expand the business. Resulting is an increase in the number of shares outstanding.

2. The other type of follow-on public offer is non-dilutive. This approach is useful when directors or substantial shareholders sell off privately held shares. With a non-dilutive offer, all shares sold are already in existence. Commonly referred to as a secondary market offering, there is no benefit to the company or current shareholders. 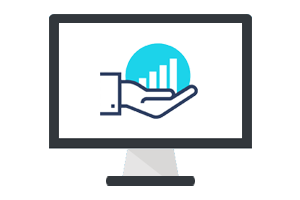 What is Stock Exchange?

It is a place where shares of public listed companies are traded. The primary market is wherever firms float shares to the final public in Associate in Nursing initial public giving (IPO) to lift capital.
An Organized and controlled money market wherever securities (bonds, notes, shares) square measure bought and sold-out at costs ruled by the forces of demand and provide.

(1) primary markets wherever firms, governments, municipalities, and other incorporated bodies can raise capital by channeling savings of the investors into productive ventures
(2) secondary markets where investors can sell their securities to different investors for money, so reducing the danger of investment and maintaining liquidity within the system.
Trades in the older exchanges are conducted on the floor of the exchange itself, by shouting orders and instructions. On trendy exchanges, trades are conducted over telephone or online.
Almost all exchanges square measure 'auction exchanges' wherever consumers enter competitive bids and sellers enter competitive orders through a commerce day. 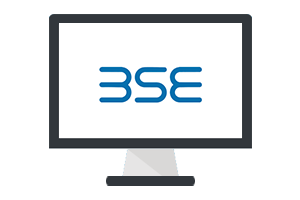 What is Bombay Stock Exchange?

The first venue of the earliest stock broker meetings in the 1850s was in rather natural environs—under banyan trees—in front of the Town Hall, where Horniman Circle is now situated.

A decade later, the brokers moved their venue to a different set of foliage, now below banyan trees at the junction of Meadows Street and what's currently referred to as Mahatma Gandhi Road.

As the variety of brokers enhanced, they'd to shift from place to put, however they forever overflowed to the streets. At last, in 1874, the brokers found a permanent place, and one that they may, quite literally, call their own. The new place was, aptly, referred to as Dalal Street (Brokers' Street). 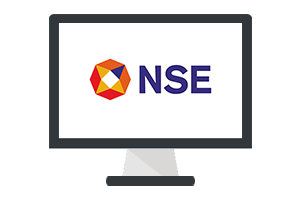 What is National Stock Exchange?

The NSE was established in 1992 because the initial demutualized electronic exchange within the country. NSE was the primary exchange within the country to produce a contemporary, absolutely machine-driven screen-based electronic commerce system that offered the straightforward commerce facility to the investors unfoldacross the length and breadth of the country. Vikram Limaye is director & Chief military officer of NSE.

National Stock Exchange has a total market capitalization of more than US$2.27 trillion NSE's flagship index, the NIFTY 50, the 50 stock index is used extensively by investors in India and round the world as a measuring system of the national capital markets.

Nifty 50 indexes were launched in 1996 by the NSE.[2] However, Vaidyanathan (2016) estimates that only about 4% of the Indian economy / GDP is actually derived from the stock exchanges in India 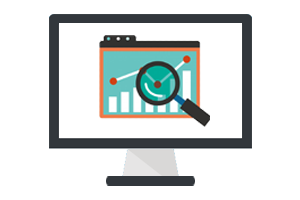 A stock index or stock market index is an indicator or measure of selected stocks of the stock market. An index represents stock according to its category such as nifty 50 represents the top 50 trading stocks in market.

A stock index is used to describe the performance of the stock market or a specific portion of it, and to compare returns of investments. Generally, an index uses a weighted average of stock prices, so larger companies count more in the calculation. The NIFTY50, BANKNIFTY, and SENSEX are examples of stock indexes. When we talk about the Indian stock market, Sensex and Nifty are the most commonly used words.

1. Some stock indexes simply represent the performance of a certain country or the entire world's stock market. For example, the NIFTY50 is designed to show how the stocks of large Indian companies are performing as a whole.

3. There are also stock indexes indented to track the performance of a certain sector. The NIFTY FIN SERVICE index includes banks, insurance companies, and NBFCs from the NSE.

Sensex is a stock market index of Bombay stock exchange (BSE) representing 30 financially well-established companies which are the largest and most actively traded stocks in the Indian economy.

Sensex or Sensitive Index represents the free float of the market-weighted stock market index of the top 30 stocks that are well established and listed on the Bombay Stock Exchange (BSE). 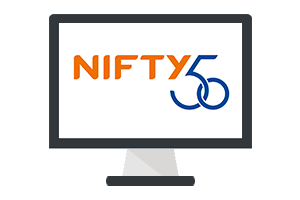 Nifty is a stock market index of National stock exchange (NSE) representing 50 financially well-established companies which are the largest and most actively traded stocks in the Indian economy.

On 21st April the National Stock Exchange of India introduced an equity benchmark known as Nifty. The term Nifty is derived from two words; National and Fifty. Nifty 50 consists of 50 stocks traded on the exchange. These 50 stocks represent the 12 different sectors of the economy. 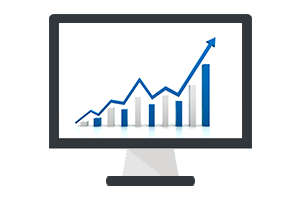 Intraday trading involves buying and selling stocks in a trading session which means on the same day. If the trader does not square off the position by the end of the day the position automatically gets squared off.

What is Intraday Trading?

Investment in share market becomes a very attractive source of investment these days. The index is growing very fastly and investors are getting a huge return. The returns on Long term investments in the stock market are higher than those on investments held in other markets.

The money can possible to grow a lot of if it's endowed within the stock exchange then gold or property. Day Trading in the stock market is another way of Getting better returns on small investments. Day mercantilism means that not holding on to your stock positions on the far side the present mercantilism day. It also means taking a position in the markets with a view of squaring that position before the end of that day.

What is Stock Market?

What is Primary Market?

What is Mutual Fund?